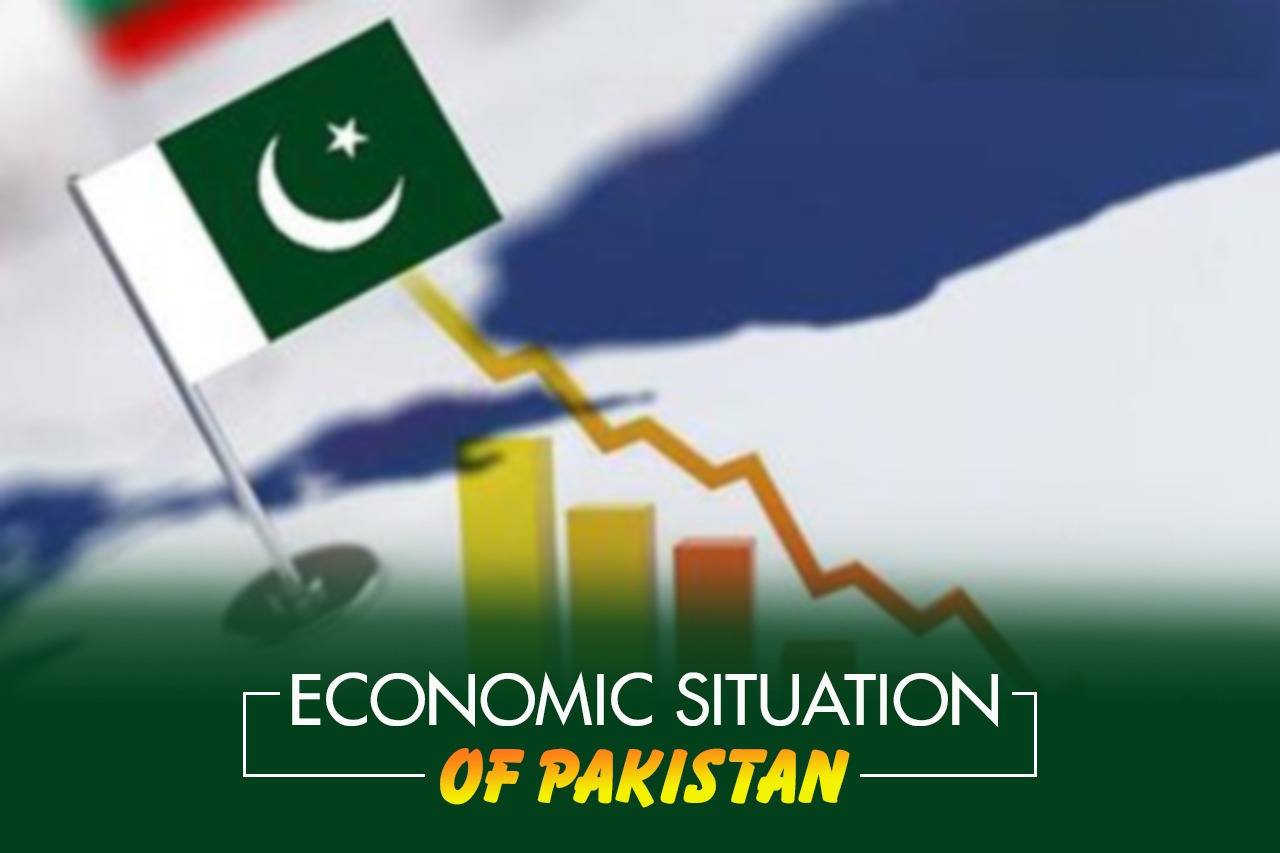 As FY 2022 (July 2021-June 2022) comes to an end, the economic situation is getting worse. The import bill has increased due to rising commodity prices and a huge fiscal deficit, placing the nation in danger of experiencing a balance of payments crisis. The currency has reached an all-time low, and there are now only enough foreign reserves to pay imports for two months. The government must strike a delicate balance: on the one hand, it must reduce the budget deficit in order to receive IMF assistance.

After two years of above-average growth, GDP growth is expected to drop in FY 2023 (July 2022–June 2023) the impact of rising commodity prices on activity is a crucial element to keep an eye on. The speed of fiscal reduction and the coalition's stability are two other important variables that must be met for the IMF agreement to be reached in order to prevent a balance of payments crisis. In FY 2023, the economists on the Focus Economics panel predict growth of 4.1 percent, which is a decrease of 0.3 percentage points from their previous projection. Our panel predicts 4.7 percent GDP growth in FY 2024.

According to the State Bank of Pakistan, the current account deficit has already hit 5.3 percent of GDP (SBP). According to certain projections offered by major independent economists, the fiscal imbalance will climb to 8.2 percent of GDP.

This twin deficit has become even more alarming because, unlike in the past, the country's total external debt and liabilities have now surpassed 93.7 percent of GDP, according to SBP statistics for the first quarter of the current fiscal year.

A straight $3 billion Saudi Arabian loan secured during the second quarter may enhance this mind-boggling debt-to-GDP ratio even more. Now, how will the government satisfy its foreign exchange obligations if it does not engage in significant external borrowing?

Naturally, the current account and overall balance of payments deficits will increase. In that situation, the rupee will face more pressure. This means a rebound of imported inflation, which the government and central bank have recently attempted to limit — the former by imposing higher tariffs on about 200 tariff lines, and the latter by tightening monetary policy by 250 basis points in less than a month. The scenario is bleak.

A budget deficit of 8.2 percent in the current fiscal year, up from 7.1 percent the previous year, would further limit development investment, hindering the economy's medium to long-term growth potential. In the short run, it would force the government to borrow more money from commercial banks at double-digit interest rates. This would boost its domestic debt obligations, resulting in a further expansion of its fiscal balance in the next fiscal year. The only way out of this morass is for revenues to skyrocket. Tax receipts increased by 36.5 percent in the first five months of the current fiscal year, which is a very positive trend.

However, due to recent economic stabilization measures implemented by the government and the central bank, this rate of growth will undoubtedly slow in the coming months. Much depends on how quickly the government's non-tax revenue grows. There is little reason to be optimistic there, either because most state-owned firms continue to post losses or are in the process of reducing losses. The central bank's profit from activities in the inter-bank money market and inter-bank currency market generates non-tax revenue for the government, and this is the only silver lining.

Pakistan is relying on the generosity of other countries to recover its economy. Even while a person can improve their financial situation by winning the lottery or taking out a loan, a country the size of Pakistan cannot do so. Managing a country's economy is unique and frequently involves large loans from other corporations and international organizations.

China, Pakistan's ally, is stepping in to assist. It has decided to provide Pakistan with a $2.3 billion loan. Miftah Ismail, Federal Minister of Finance and Revenue, verified the consortium loan's status in a tweet. The State Bank of Pakistan will receive the loan. The UAE, on the other hand, has declined Pakistan a $2 billion loan. However, it is eager to assist in other ways.

The UAE has expressed interest in acquiring 10-12 percent stakes in various government-owned firms in Pakistan. If Pakistan accepts to this agreement, it will receive monies from the UAE's sovereign wealth funds. The transaction will be classified as a buy-back and will take the form of secured-loan-backed security. Pakistan would have the option to buy back the companies' holdings when its economy improves. Furthermore, the government is collaborating with other countries to either postpone or extend the repayment period for past loans.

Pakistan could benefit from a USD 2 billion loan from the IMF. However, it has a series of restrictions that must be met before the loan may be approved. Among the criteria is an increase in the electricity tariff. It also anticipates the establishment of costs like a petroleum levy. It also wants the government to establish an anti-corruption committee to investigate government misconduct.

Despite the fact that other countries are experiencing economic difficulties, Pakistan is receiving preferential attention due to prior loans. Inflation and dwindling foreign exchange reserves are two elements leading to Pakistan's economic problems. Even though the government is working hard to improve its financial status, it is having difficulty.

Currently, the government should focus on economic reforms. It is critical to reestablish confidence in the worldwide market. It also has the option of agreeing to the IMF's requirements. Furthermore, the country's imports and expenditures must be reduced. The government is working hard to handle the country's economic predicament, which should bear fruit shortly. Short-term actions can be beneficial to Pakistan, but it is now time to seek for long-term solutions as well.